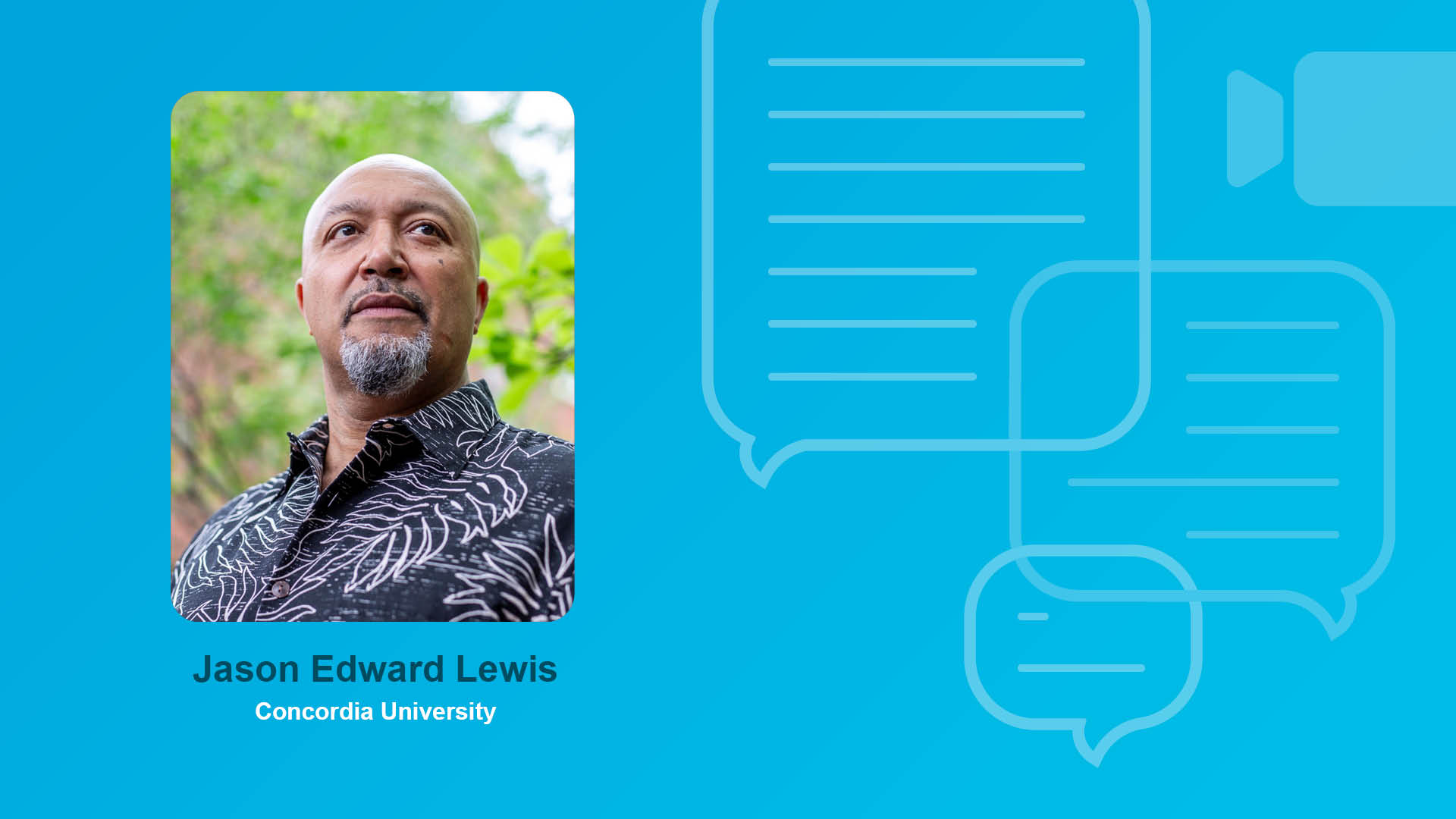 The Horizons Talks speaker series brings experts from Canada and around the world to share their forward-looking research and ideas with public servants.

Join us for an engaging presentation with Jason Edward Lewis, University Research Chair in Computational Media and the Indigenous Future Imaginary at Concordia University. Jason discussed his concept of the ‘future imaginary’ and how it can be used to develop scenarios for better futures for Indigenous people in North America and the Pacific.

Jason’s presentation drew on two decades of leading research as well as the creative practice and community engagement by the Aboriginal Territories in Cyberspace research network, the Initiative for Indigenous Futures SSHRC Partnership, and the Indigenous Protocols and Artificial Intelligence Workshops.

Jason Edward Lewis is a digital media poet, artist, and software designer. He founded Obx Laboratory for Experimental Media, where he directs research/creation projects exploring computation as a creative and cultural material. Along with the artist Skawennati, he co-directs Aboriginal Territories in Cyberspace, Skins Workshops on Aboriginal Storytelling and Video Game Design and the Initiative for Indigenous Futures. Lewis is deeply committed to developing intriguing new forms of expression by working on conceptual, critical, creative and technical levels simultaneously.

He is the University Research Chair in Computational Media and the Indigenous Future Imaginary as well as Professor of Computation Arts at Concordia University, Montreal. Born and raised in northern California, Lewis is Hawaiian and Samoan.

Lewis’ creative and production work has been featured at Ars Electronica, Mobilefest, Elektra, Urban Screens, ISEA, SIGGRAPH, and FILE, among other venues, and has been recognized with the inaugural Robert Coover Award for Best Work of Electronic Literature, two Prix Ars Electronica Honorable Mentions, several imagineNATIVE Best New Media awards and six solo exhibitions. His research interests include emergent media theory and history, and methodologies for conducting art-led technology research. In addition to being lead author on the award-winning “Making Kin with the Machines” essay, he has contributed to chapters in collected editions covering mobile media, video game design, machinima and experimental pedagogy with Indigenous communities, as well as numerous journal articles and conference papers.

Lewis has worked in a range of industrial research settings, including Interval Research, US West’s Advanced Technology Group, and the Institute for Research on Learning, and, at the turn of the century, he founded and ran a research studio for the venture capital firm Arts Alliance.

Lewis is a former Trudeau Fellow and a former Carnegie Fellow. He received a B.S. in Symbolic Systems (Cognitive Science) and B.A. in German Studies (Philosophy) from Stanford University, and an M.Phil. in Design from the Royal College of Art.