Robot Humour: Reaching for the Singu-hilarity 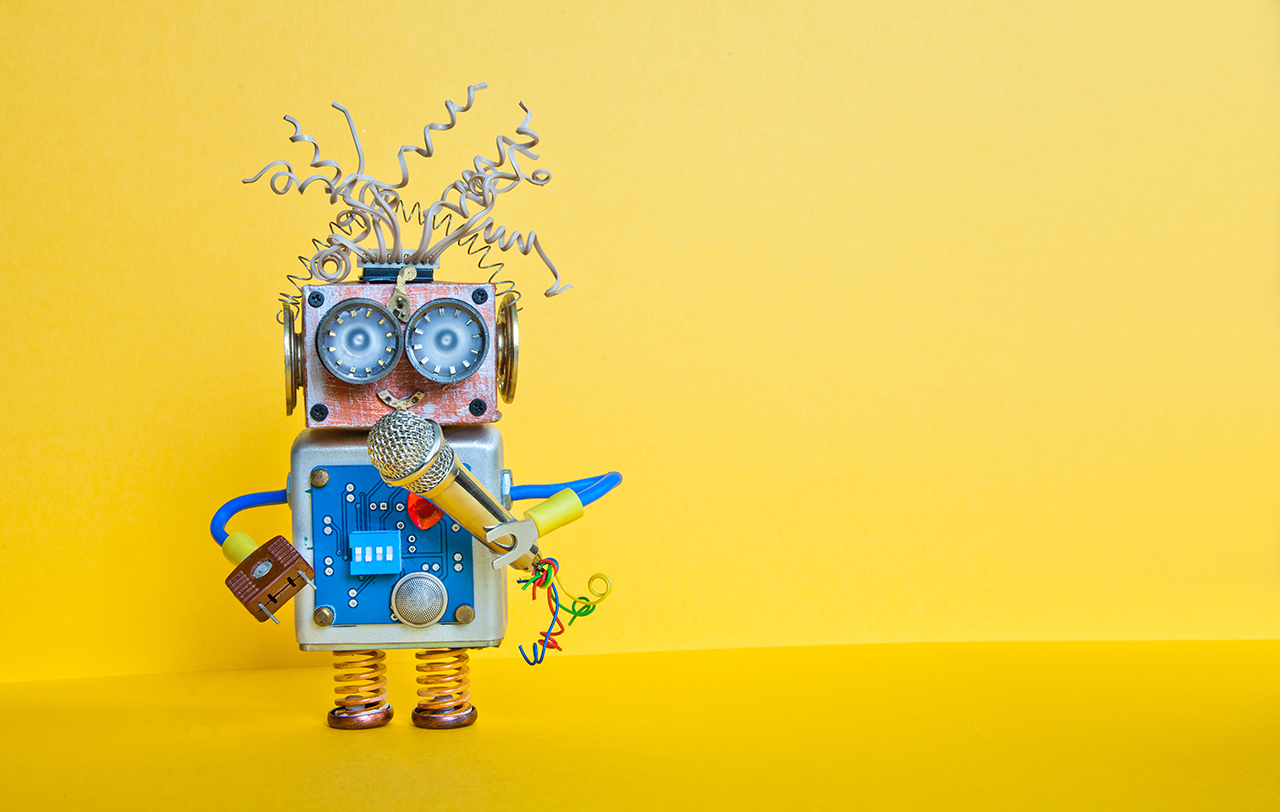 “Don’t you hate it when you are trying to solve the inverse kinematics equation and you get ‘Error 452 – No Solution Found.’ Don’t you hate it?” That’s the setup for a joke delivered by Jon the Robot at Singu-Hilarity, a comedy show1 featuring AI comedians and their creators. If the audience laughs, Jon follows up with “I’m glad you also hate that.” If not, Jon quips “Not a lot of robots in the crowd tonight. That joke kills at Best Buy.”2 Jon’s programmer explains that Jon uses a hypothesis about audience tastes to select from a database of jokes coded against 5 attributes and adapts his routine based on measurements of the audience’s responses.3 Just don’t ask Jon to explain why his jokes slay. According to Dr. Julia Rayz, understanding humour is harder for computers than telling jokes.4 Although the robot comedians at Singu-Hilarity depend on human writers, computer scientists at Stanford are experimenting with using artificial intelligence to generate puns based on a corpus of unfunny texts5 while others use insights from narratology and structural linguistics to create computational models that generate novel stories, which could eventually be the basis for more complicated jokes.6

This weak signal suggests some of the social potential of AI, and the social situations that it may open up. For example, a robot that can land a well-timed gag could be more effective at the caring functions increasingly played by AI-powered tools, such as counselling and social coaching apps, because of humour’s therapeutic and social value. Humour could ‘humanize’ human-machine interactions across the gamut of service relationships. But humour can also be alienating or land poorly: what would happen if these or other human-facing AIs (e.g. policing robots) deployed a morbid or perverse sense of humour without an understanding of real-world consequences?

Widely applied, the comedic genius of robots could make the mainstream cultural offering more… well, robotic.7 On the other hand, the ability to tailor digital media based on audience members’ online histories, location, etc. could lead to highly targeted, even personalized jokes. While recognizing that creative, figurative, and comedic subtleties of communication remain problematic for robots, even partial success could improve AI’s ability to respond to natural speech. Beyond entertainment, that could lead to increased sophistication in policing, intelligence work, health monitoring, and marketing.

While robot puns might be considered the lowest form of wit, wisecracking AI could provide inspiration and surprising observations for humans working on more sophisticated comedy. AI could increase the economic productivity of creatives and the economic footprint of creative industries. As in other industries, this partial automation might lead to shrinking employment.

Reservations about the sophistication of robots’ jokes may be overblown. Meme culture shows that absurdity can render even excruciatingly banal images and utterances hilarious to the right crowd. If robots become valued partners in the production of culture, even without major improvements to their sense of humour, audience expectations may change to meet the quality of the offer. How might this affect the role of comedy in political or social disagreements and culture change?8

Tom is an intellectual adventurer with a background in anthropology, art history, and public administration, connecting intangible aspects of human experience to concrete social policy issues. He strives to show the value of qualitative research methods in making informed choices about the future, and translate humanistic perspectives into usable insights. At home, his neuroticism and intellectual perversity are seen in his passion for textile crafts, bad television, great movies, and books on aesthetics, social theory, and cultural history.

Four areas of change in sense-making

A manual in braille: Autonomous vehicles