From CRISPR to Prime Editor, the evolution of gene-editing abilities 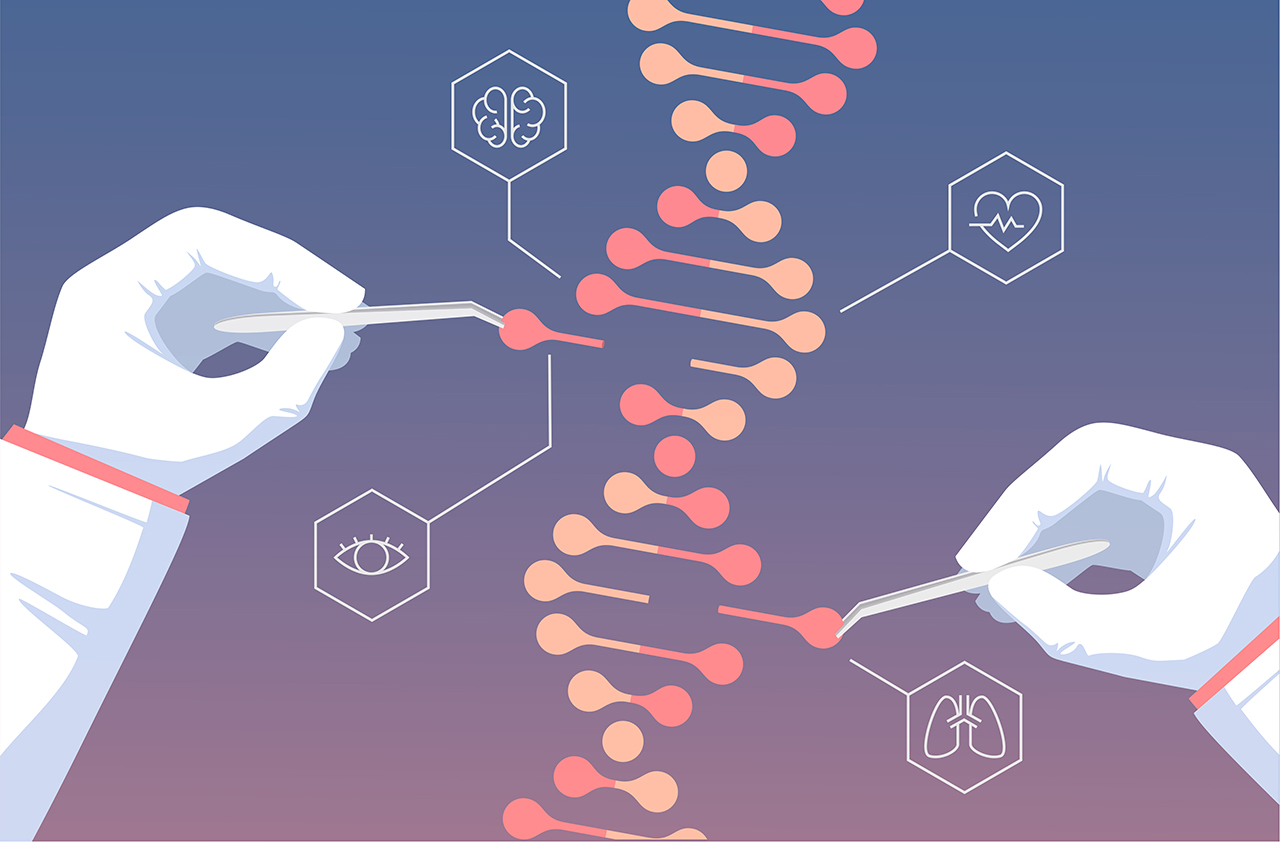 CRISPR is a gene-editing technique that has revolutionized the field with major breakthroughs, especially since 2012.

While CRISPR offers a way to make specific alterations to genes more precise and affordable, the method is not perfect. The CRISPR technique has previously relied on locating a specific part of the genome, cutting both strands of DNA, and removing or replacing the severed part. But anomalies can arise in the repair process. Some scientists have warned that unwanted or even dangerous mutations are possible. A new tool, developed in 2019, may refine and surpass existing CRISPR technology. It is called prime editing and has a reported 89% accuracy rate. Prime editing uses the CRISPR method with a protein that can generate new DNA. Prime Editors offer greater precision and flexibility when editing DNA. Prime editors nick only one of the strands of DNA instead of cutting both strands. Then a new guide (called the PegRNA) is added at the site of the nick, which is called the target location. Simply put, it is comparable to erasing (and substituting) a part of the DNA rather than cutting it out of both strands. At this point, the method isn’t perfect but a new company called Prime Medicine is aiming to make prime editing part of the gene-editing tool kit.

This is one of many weak signals suggesting that an expanded toolbox for gene editing will allow us to change the genetic code of living organisms with ever greater accuracy. This allows humans to create or modify viruses, bacteria, plants, and animals – including ourselves – in ways that reflect our design specifications, not only evolutionary mutations.

Advances in gene-editing technology have greatly outpaced our ability to make sense of the world they usher in. Even basic concepts that may be fundamental to ethical debate about gene editing are not necessarily widely understood. For example, the distinction between germline edits (which are passed along to the next generation) and somatic edits (which are not) may be a crucial element of discussions about the ethical and practical consequences of gene editing in humans. As prime editing and other developments open up new possibilities to change living things, the gap between the rate at which public dialogue evolves and the rapid increase in power of these new technologies could widen. This could pose difficult challenges for legislators, regulators and policy leaders.

Avalyne has a background in Human Rights and Communications, and spent the past decade working in International Relations and developing education programs across Canada. Her professional interests are sustainability, health, innovation and the environment. A bit of a dichotomy, her happy place is the urban bustle and deep thinking of the future, but she always finds her way back to her roots in the wilderness or by the ocean. A lover of writing, adventure, and music, she also spends time cooking and chasing after a rambunctious toddler.

What is the biodigital convergence?