Uplift and the ‘grey ceiling’: the limits of provolution? 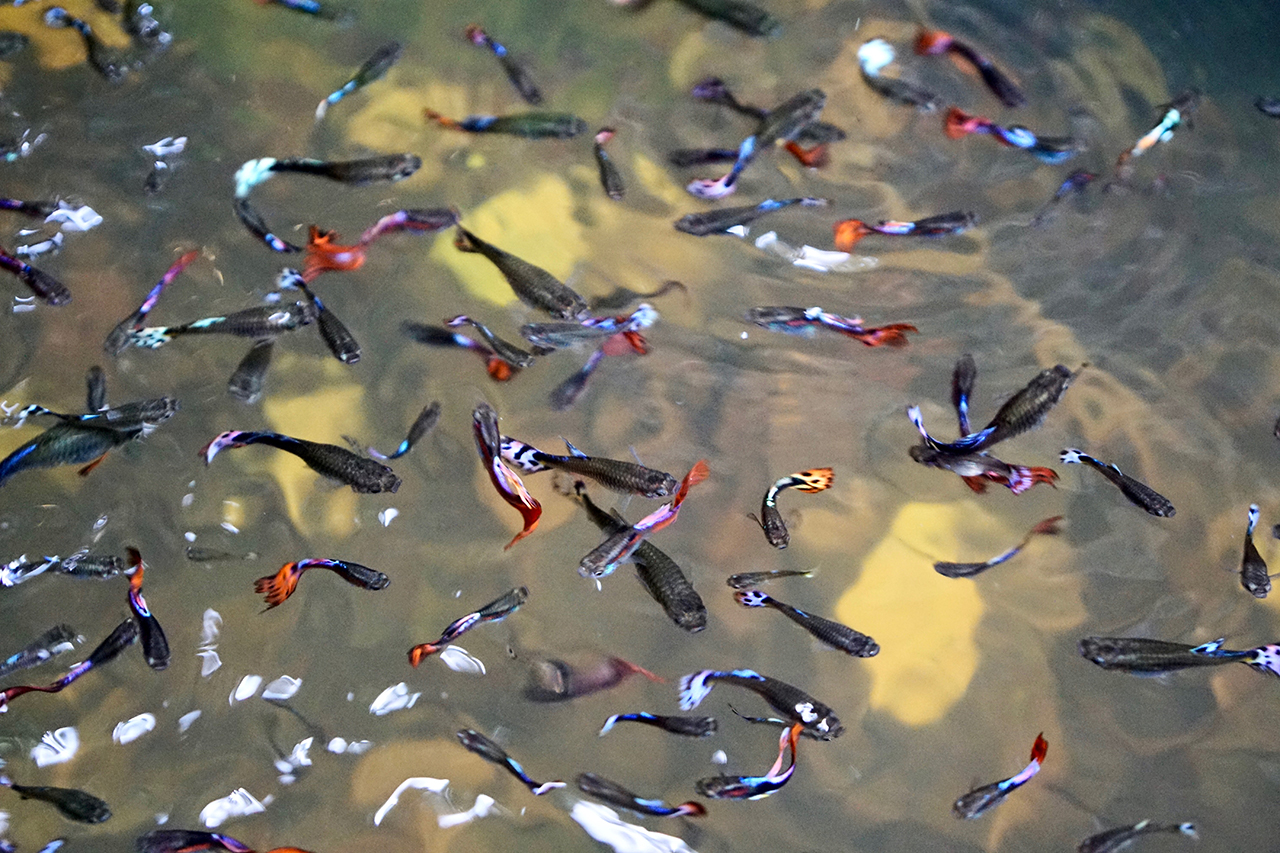 Several years ago, Swedish scientists selectively bred guppies to increase their brain size. In short order, they produced a new lineage with brains 9% larger than typical guppies. These big-brain guppies demonstrated superior performance on advanced cognitive tasks (for fish), which confirmed the researchers’ hypothesis that larger brains would enhance intelligence.  However, the primary investigator was surprised to discover that the new lineage had significantly smaller guts, stored less fat, and produced fewer offspring.

Long a trope of science fiction, the idea of “provolution” or “uplift” of an existing species seems more plausible as our gene editing tools advance. This story suggests that there may be difficult trade-offs, limits, and unintended consequences standing in the way of some approaches to provolution. The results of the experiment appeared to support a long-standing theory that while larger brains do make for more intelligent animals, they come at a cost, particularly in terms of digestive systems and reproductive capacity. Could there be a “grey ceiling” that has set limits on brain development in the past, and that might be relevant for certain approaches to provolution or uplift in the future?

On one hand, this signal confirms at least the plausibility of enhancing animals’ cognitive capacities by increasing brain size through selective breeding or genetic engineering. This opens up a range of possibilities, from superintelligent pets and service animals, to species bred or designed for wildlife research, surveillance, espionage, and combat. This could change our relationship with animals, perhaps expanding calls to extend new rights and status to nonhuman species.

On the other hand, this study suggests that certain types of provolution could have unexpected physiological implications, such as reduced reproductive potential or changed physical attributes. So while uplifted service dogs might be remarkably intelligent, they might also be less physically robust, require special feeding regimens, or reproduce at much lower rates.

Previous article
Funky Fungal Headphones
Next article
Social Epigenetics: How Your Early Life Environment Gets “Under Your Skin”