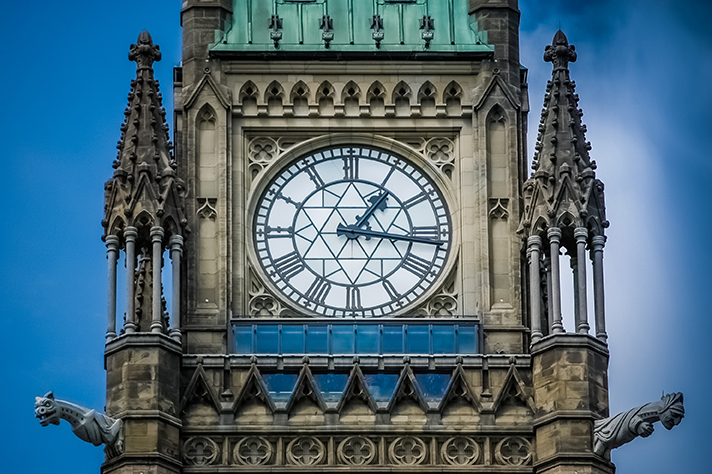 Canada is experiencing significant social and technological changes that could disrupt many aspects of society. In this context, the next 10 to 15 years could be a transformative period for the relationship between Canada’s government and broader society. This Scan is part of a series developed by Policy Horizons Canada on a variety of topics.

Canada is experiencing significant societal and technological changes that could disrupt some of the roles and structures of government. As a result, there is growing pressure to rethink how government could meet the needs of the 21st century.

In this context, the next 10 to 15 years could be a transformative period for the relationship between Canada’s government and broader society. This scan of potential disruptive changes highlights Policy Horizons Canada’s initial exploration of this issue and introduces next steps.

New actors (digital communities, decentralized autonomous organizations, emerging mega cities, state-like private companies, transnational institutions, civil society organizations, crowds, and individuals), aided by the use of technologies like social media and blockchain, are impacting governments at local, national, and global levels. These influences are largely “external” to government, meaning that citizens and companies could have new avenues to influence government decision-making or provide public goods in new ways. At the same time, these technologies could be used by governments to reform “internal” processes and structures.

Boundaries and borders are less relevant to an increasing number of citizens who frequently travel, work, or virtually telework from outside their home jurisdiction and expect access to information and services anytime, anywhere. For government to adequately respond to their needs and expectations, local, national, and global boundaries may become more fluid, transforming the responsibility and scope of government organizations.

Many parts of Canadian society are transforming. Family structures, living arrangements, gender identity, biological sex determinants, and employment models are all undergoing fundamental changes. As a result, many current government assumptions about “average” Canadians and Canada’s social fabric may be disrupted.

The rise of a data-driven knowing society is changing the relationships between individuals, information, and privacy. As a result, citizens may expect greater accessibility, more personalized and flexible government service, while also expecting increased privacy protection. Government could use data to improve policy (conception, implementation, evaluation) or to transform it (e.g. China’s reputation system), while managing privacy concerns.

What If … Governments and Companies Are Challenged in Courts over Alleged Inaction on Climate Change?
Policy Horizons | Horizons de politiques March 1, 2017