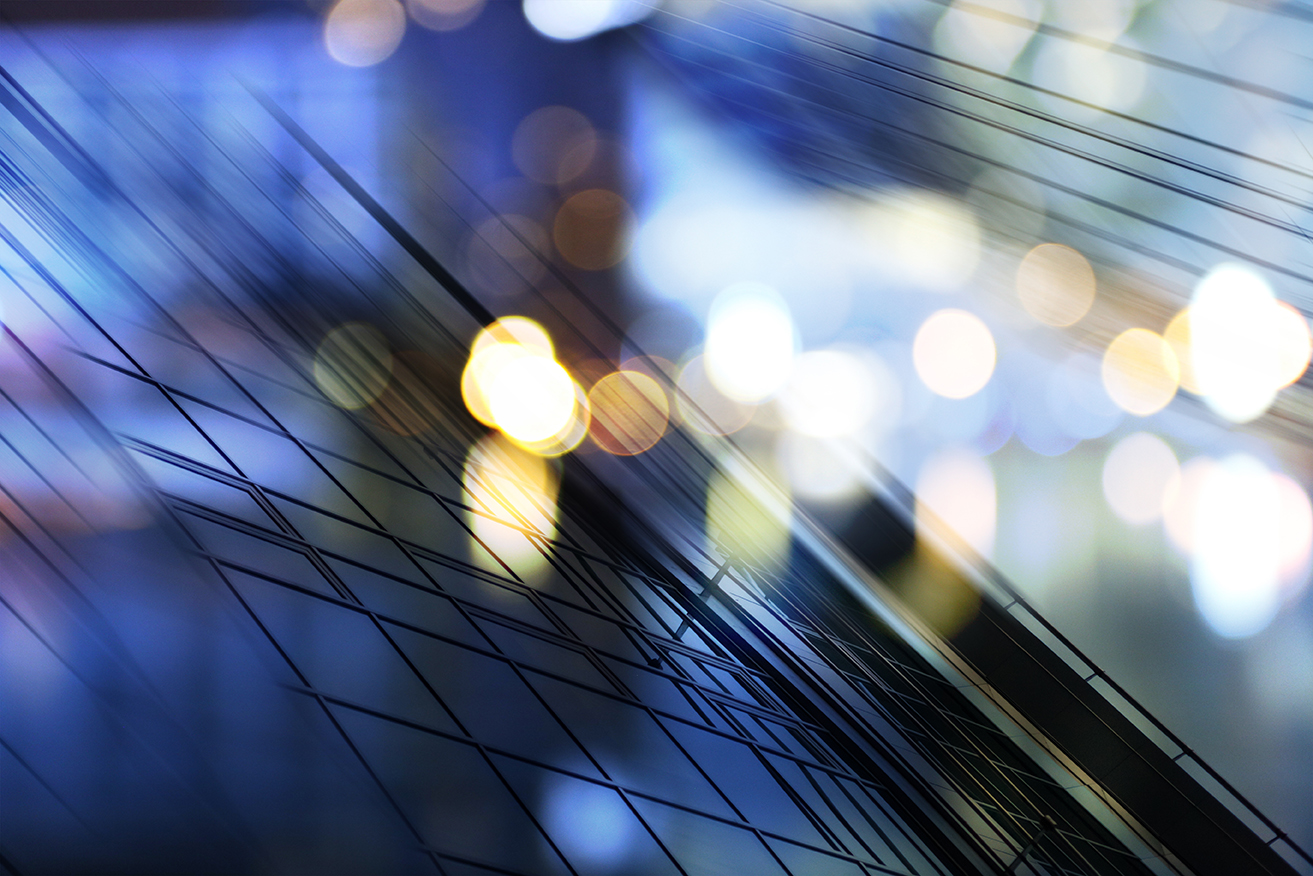 3D Printing or Additive Manufacturing
A group of technologies that create three-dimensional components or products through the addition of materials (typically layer by layer). Depending on the type of technology, a range of materials (i.e. plastics, steel, stainless steel, titanium, ceramic, porcelain, concrete, and even living cells) can be used for additive manufacturing. Industrial applications are increasingly widespread and include aerospace, health care, automotive, construction, energy, defense,computer and apparel.128

Adaptive Authoritarianism
The capability of authoritarian governments to use social media monitoring, data analytics, surveillance and sensors to understand and respond to citizen concerns to maintain and project legitimacy.

Carbon Footprint
A measure of the total of greenhouse gas emissions caused by an organization, industry, institution, product, service, technology or person over a specific period of time or life cycle.

Change Driver
The cause of significant change in the system under study. Change drivers are often the focus of environmental scans and key elements in many foresight processes.

Collaborative Economy
Also commonly referred to as the Sharing Economy, the Collaborative Economy typically uses technologies such as the Internet, mobile smart devices and AI to enable people to more easily connect, trade, share and collaborate in order to achieve a more efficient use of goods, skills and services. It depends on people being able to communicate and share information, making it possible to generate trust through meaningful interactions.130 For additional definitions of this evolving concept see, for example, “the sharing economy lacks a shared definition”.131

Collectivist Values
A social outlook that prioritizes the collective and the interdependence of humans within a society over the individual.

Data Analytics (Big Data)
The analysis of raw digital data to draw insight. As the amount of digital information generated by people, sensors and the Internet of Things grows at a rapid pace, new data analytics tools (artificial intelligence and growing computing power at falling costs) have the potential of delivering ever more insight.

Decentralized Energy
Electrical energy produced close to where it will be used rather than being provided by a large central power plant and transmitted over long distances using national or state electrical grids.

E-learning
The use of digital technologies for learning and teaching.

Emerging Consumer Class
An income group earning between $9,500 and $19,500/year as measured by purchasing power parity. By 2030, it is forecasted that, with approximately 2.4 billion members in Asia, this group will represent the largest consumer market (by population) in the world.

Energy Security
The capacity for a nation to ensure reliable and uninterrupted energy supplies at an affordable price.

Freemium
A business model in which a product is provided for free to a large group of users and premium version of the product is sold to a smaller fraction of this user base.

Frugal Innovation
Innovation that uses design thinking and the latest technologies to radically reduce costs and innovate in areas as diverse as consumer goods, health care and education.

Hard Power
The capability to initiate, defeat, or deter attacks, and to influence the behaviour of opponents more broadly, by using air, land, maritime, and cyber-based weapons and threats, intelligence and communications assets, and logistical capabilities.

Human Flesh Search
A massive human collaboration, facilitated by social media platforms, to identify an individual by flagging their presence in multiple digital images. Once identified, the individual’s information is made public by the crowd. These searches have been used to recreate events in order to prove the innocence or guilt of individuals as well as to humiliate and shame victims of the search.

Influence Map
A visual tool for mapping plausible cause and effect chains into the future. It helps one to explore, discuss and assess the possible future impacts of change drivers in an orderly way.

Insight
Builds understanding of how an issue or system may evolve and what the consequences might be. Credible insights are the ‘evidence’ that help one to reason about the future.

Integrated Translation Functions
An automatic language translation function integrated into existing software, or Internet platforms. These functions are made possible through artificial intelligence.

Internet of Things or Internet of Everything
The virtual connectivity of individuals, groups, governments, and technical devices through unique identifiers and the ability to transfer data over a network without requiring human-to-human or human-to-computer interaction. This will enable new services and capabilities for users, manufacturers and service providers.132

Job Unbundling
Traditional permanent, full time employment is increasingly being replaced by part-time jobs or contracts. The job unbundling theory suggests that this process will continue as contracts are further decomposed to very short-term projects, tasks and micro-tasks. Eventually, jobs with repetitive components will be replaced by a hybrid model where a person working in a task-based environment will handle the very small number of exceptions that artificial intelligence cannot process.

Knowing Society
A society that has integrated digital technologies into nearly all aspects of life, allowing for real-time data and artificial intelligence to create high situational awareness and amplified human capacity, such that traditional careers and customs may evolve or be replaced.

Low-Carbon Economy
Refers to an economy with minimal release of greenhouse gas emissions into the biosphere.

Low-Cost Oil Producer
Refers to a country that incurs lower costs in extracting and bringing crude oil to the market relative to other oil producing countries. Costs vary between oil-producing countries due to numerous factors such as variations in the grade of petroleum deposits from which the crude oil is produced, the geographical and geological location of the petroleum deposits, their proximity and access to markets and differences in business environments.

Low Rent Strategy
Economic rent is the additional amount paid for a product (e.g. good, service, or input) that is due to scarcity or exclusivity, including that created by an officially conferred privilege such as government-enforced licenses, patents, production quotas, etc. A low rent economic strategy seeks to offer the product without this additional cost by limiting or otherwise circumventing the officially conferred privilege.133 Examples are the ride-sharing service Uber’s circumvention of limited taxi licenses or India’s elimination of patent protection for some pharmaceutical products. Firms may also choose not to maximize rents (e.g. on patents that they own) in order to offer low prices and seek a long term market advantage.

Medical Tourism
Traveling abroad in order to obtain superior or more affordable medical treatment, or to receive procedures or treatments that are unavailable in a patient’s home country.

Mental Models
Everyone builds mental models about the way the world works from the knowledge, experience, images and stories which we carry in our minds. We use these mental models to run ‘movies’ to explore alternatives and to help us make decisions. This capacity to visualize and run simulations is an under-utilized resource. A variety of imaging exercises can help us tap into the power of this resource in a structured way.

Policy Challenge
A challenge which current policies and institutions do not appear to be read to address. One of the major products of our foresight work is to identify significant policy challenges that lie ahead. In identifying these challenges, opportunities often emerge.

Purchasing Power Parity
An economic theory that estimates the amount of adjustment needed on exchange rates between countries in order for the exchange to be equivalent to each currency’s purchasing power.135

Renewable Energy
Refers to energy that comes from resources which are naturally replenished on a human timescale such as sunlight, wind, water, tides, waves, biomass and geothermal heat.

Rules-based Governance Systems
The orderly management and regulation of diplomatic arrangements enforced through impartial legal mechanisms, or resulting from cross-border transactions conducted on the basis of personal and informal diplomatic agreements.

Scenario
A story about the future. There are many types of scenarios and methods to develop scenarios. All of them explore multiple, plausible futures.

Smart Censorship
The application of censorship in a selective and dynamic fashion. Reducing the amount of censored information to the minimum required to maintain stability, legitimacy and control. One example is the censorship of words or ideas exclusively during a time of year when a particular idea is most likely to incite protests or dissent.

Soft Power
The relative ability of state and non-state actors to exercise real and symbolic authority in order to influence an actor’s behaviour by attracting or coopting it, rather than by coercing or incentivizing it.

Super Grid
A regional electrical transmission network that permits high volumes of electricity to be transmitted between nations.

Telepresence or Virtual Presence
A set of technologies that allow a person to feel as if they were present, to give the appearance of being present, or to have an effect, via video image and/or telerobotics, at a place other than their true physical location.137

Telerobotics
An area of robotics concerned with the use of robots that are controlled remotely using wireless technology.

Trade Restrictive Measures
Also known as protectionist policies, trade restrictive measures are actions undertaken by governments with the aim of reducing imports of targeted goods and services. Examples include the imposition of tariffs or quotas for imported goods or requirements to meet standards that are not imposed on domestic providers of the similar goods or services.

Trend
A continuous change that is evident from quantitative data. Trend data can help us understand the baseline or expected future.

Weak Signal
A sign that a significant change is starting or that it could be underway. Weak signals challenge our mental model. We have an ‘ah ha’ moment because it does not fit our understanding. Weak signals are found by reading, interviews and dialogue.

Web 2.0
The second generation of the World Wide Web which allows users to generate and share content through participation and collaboration. The first generation of the Internet mainly had content which was generated by website administrators.

Web 3.0
The third generation of the World Wide Web is defined by platforms and applications which utilize artificial intelligence and semantics to provide users with a seemingly intelligent interface. This ‘intelligent web’ automates many cognitive tasks, delivering a more intuitive experience and potentially enabling users to be more productive.