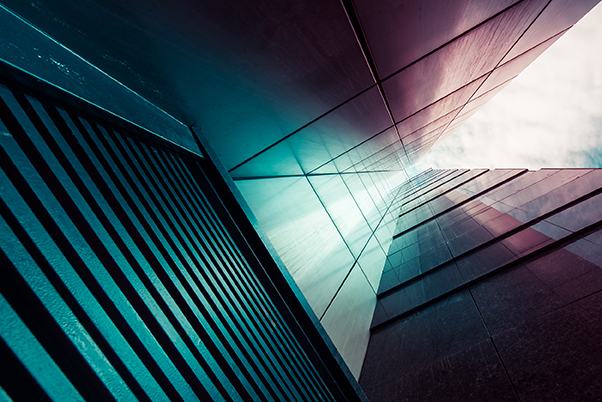 A new Asian financial architecture is emerging as regional states have developed institutions and coordination mechanisms to maintain financial stability and deepen financial markets. The new system has several components. The Asian Bond Market Initiative (ABMI) facilitates borrowing in local currencies. The Association of Southeast Asian Nations (ASEAN) Capital Markets Forum spearheads financial integration within ASEAN, standardizing laws and regulations to ease investment within the developing ASEAN Economic Community. Beyond institutional development and regulatory harmonization, Asian countries have amassed significant foreign reserves that allow them to respond to economic and financial crises. Though emerging bond markets have yet to reach their potential, and financial integration is in its nascent stages, policy makers appear committed to building a new regional financial architecture that reduces reliance on Western-dominated institutions and markets.

One key area of innovation is the effort to build a new financial safety net centered on the Chiang Mai Initiative Multilateralization (CMIM) agreement, a system of bilateral currency swaps designed to provide countries with foreign currency in times of crisis. While the new institution has yet to be tested by crisis, its resources and monitoring capacities have expanded rapidly. This financial safety net will continue its growth trajectory and will likely incorporate economically important neighbours. This development will provide Asian states with leverage in their efforts to expand their power within international institutions such as the International Monetary Fund (IMF).

The Asian Financial Crisis of 1997-98 demonstrated Asian economies’ systemic vulnerability and underscored the necessity of timely, multilateral responses to crises. However, the IMF’s response to that crisis was widely criticized, particularly the politically destabilizing conditions attached to emergency loans.

In the wake of the crisis, regional cooperation was spearheaded by the ASEAN+3 finance ministers, a group founded by the ASEAN states, along with South Korea, Japan, and China. The Chiang Mai Initiative (CMI) of 2000 included a system of bilateral currency swaps, with funds activated on a bilateral basis. In 2010, the CMI was made multilateral by simplifying the activation process, requiring only one agreement to access funds rather than a series of bilateral approvals.

These efforts have been supplemented by the ABMI. This collection of institutions and policy forums aims to develop an efficient and liquid Asian bond market, thereby reducing the potentially destabilizing practice of foreign currency-denominated lending by banks. These efforts to enhance financing opportunities and build a crisis-response capacity are significant steps toward the creation of a new, regionally governed financial architecture.

Developing a regional crisis response mechanism is a key goal for regional policy makers. Several trends highlight the effort to make the CMIM both autonomous and effective.

De-linking from the IMF: When the CMI began, a country could only access 10% of its potential emergency funds without signing on to an IMF program. This linkage to the IMF is seen as a burden to the evolution of the CMIM, as the IMF remains widely unpopular. As IMF influence in the region has declined, the accessible de-linked funds have increased steadily. In 2005 the de-linked portion climbed to 20%, and in 2012 it was raised to 30% with the intention to raise it to 40% in 2014. Improvements in economic regional surveillance capacities will lead to a further de-linking of funds.

Expanding available funds: Since its inception, the total value of funds available in currency swaps has increased substantially, reaching US$240 billion by 2013. The CMIM swap agreements have been supplemented by further temporary bilateral agreements outside of the multilateral framework. Ambitious policy makers would like to see available funds expand to levels commensurate with European financial agreements, which would require a quadrupling of the current total.

Strengthening regional surveillance: Intra-Asian emergency lending was initially hampered by a lack of credible economic surveillance. To remedy this problem, the ASEAN+3 Macroeconomic Research Office (AMRO) was created in 2011. As the unit grows and regional surveillance capacity expands, the CMIM framework will produce new lending facilities capable of responding to a wider array of problems. Current trends suggest the CMIM will evolve into an ‘Asian Monetary Fund,’ complete with a common reserve fund and a robust mission. A regional survey reveals that a significant majority of experts expect such an institution to be established, though there is disagreement as to whether this will occur before 2020.

As the current CMIM and AMRO expand their resources and capacities, the ASEAN+3 countries will look to increase cooperation with additional partners. India, Australia, and New Zealand are a natural first extension, with East Asia Summit meetings serving as a key potential venue for coordination and planning. Further expansion into South Asia will follow. 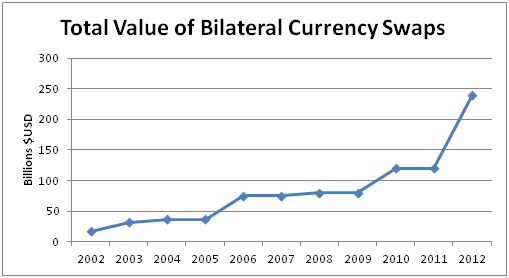 Canada has recently taken tentative steps to increase financial cooperation with Asian partners. For example, it has made permanent its currency swap agreement with Japan. British Columbia’s recent sale of a Renminbi-denominated bond in Hong Kong indicates a step toward financial integration. The emergence of new financial institutions will improve the capability to respond to crises in a region that is increasingly important to Canada’s economic well-being. In a broad sense, Asian cooperation serves Canadian interests. Yet the emergence of Asian economic regionalism also poses a challenge to existing international financial institutions, of which Canada has long played a vital role. As a country with a strong record of financial governance and as a source of central banking expertise, Canada will need to decide which international venues deserve attention and resources.

Canada on the Sidelines: Canada observes developments without direct participation. The new crisis response mechanisms have yet to be tested, and Canadian policymakers are reluctant to invest energy and resources in a new venture when the IMF already fills a similar role on the world stage. Eventually a crisis will test the new financial architecture, demonstrating the feasibility of the institutions.

Canadian Engagement: Canada commits itself to the regional institutions in the development phase. To signal its support, Canada signs bilateral currency swaps with other ASEAN+3 countries, supports their calls for reform at the IMF, and offers its central banking expertise to the CMIM and AMRO. Canada eventually signs participation agreements during the second wave of membership expansion.

Watch a video(link is external) by the Asian Development Bank on the emerging regional financial architecture of Asia.