What is the insight?
Why is it important?
How does it impact Asia?

How does it affect Canada?
References

Cross-border pollution has become increasingly common in Asia as the world’s factories and agro-forestry projects grow and cluster in manufacturing and resource-intensive regions in China, India, Indonesia and other ASEAN countries. Two main sources of cross-border pollution in Asia are: 1) carbon emissions from fuel combustion in energy production and heavy industry and 2) transboundary haze from the burning of forests for agricultural needs. China is by far the largest emitter of carbon dioxide from fuel combustion – not only in Asia but in the world – responsible for about a quarter of the world’s total CO2 emissions at 9.86 gigatons (Gt). This is more than five times the CO2 emissions of India (1.97 Gt) and Japan (1.32 Gt). Indonesia is another major emitter in Asia with the majority of its emissions stemming from slash-and-burn land clearing and palm oil production.

Reports of downwind air pollution are becoming more prevalent as air quality standards continue to deteriorate in East and Southeast Asia, causing significant public tensions both within and amongst affected Asian countries. Besides instigating widespread protests across the country, emissions from China’s largely coal-fuelled energy production and manufacturing sectors have also sparked outrage in Japan and South Korea. Slash-and-burn land clearance and palm oil production in Indonesia have spread smog to neighbouring Malaysia and Singapore. When air pollution disperses across borders, the problem broadens beyond local concerns about eco-conservation and public health to provoke regional and international debate about climate change and responsible governance of global commons. There is a strong push for countries to take responsibility for limiting or reducing their domestic emissions, as well to collaborate to address cross-border pollution.

How does it impact Asia?

The impact on cross-border air pollution has already created a strain on relations between countries in Asia as a result of resource competition and resource management, or in some cases, mismanagement. In Indonesia, insufficient government response to the haze crisis in June 2013 has evoked anger from local farmers as well as neighbouring Singaporeans, where air pollution levels have soared to unprecedented levels. Singapore’s Ministry of Health implemented a five-month Haze Subsidy Scheme to subsidize medical fees for Singaporeans seeking treatment for haze-related conditions at designated clinics. Political tensions between Indonesia and Singapore concerning the transboundary haze issue have prompted Singaporean authorities to consider taking legal action against companies in Indonesia that have violated local bush-burning laws. While Indonesia does have laws against bush burning, they are not strictly monitored or enforced.

China and India are taking the lead to limit or decrease domestic greenhouse gas emissions through Emissions Trading Schemes (ETS) and Clean Development Mechanisms (CDM), often incorporating lessons learned from Europe and Australia. China, India and Japan have local ETS in place while Indonesia, Thailand and Vietnam have shown interest in developing domestic programs. China has demonstrated interest in implementing a carbon tax.

Asian governments have also signed several agreements to address cross-border air pollution, although monitoring and enforcement mechanisms are still in development. In 2003, ASEAN countries signed the ASEAN Agreement on Transboundary Haze Pollution (AATHP) to prevent, mitigate and monitor wildfires and haze. In addition, Indonesia has signed agreements with both Singapore and Malaysia to develop and implement activities related to haze pollution by land and forest fires. 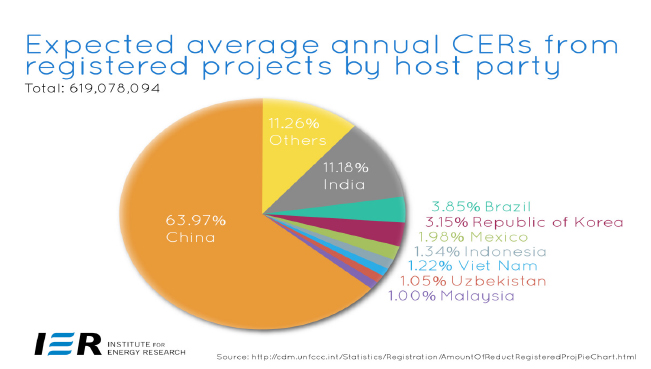 How does it affect Canada?

Some reports suggest that downwind ozone and mercury pollution from China can have negative effects on air quality in countries as far away as Canada and the United States. Yet the effects go beyond this, even influencing Canada’s sustainable development progress and climate change policies. Many Western manufacturers have effectively been priced out of competition because major powers like China have made big investments in alternative energies such as wind and solar, resulting in drastically lower price points for these technologies. Moreover, overproduction and low demand have caused these renewable energy sectors to suffer. Some argue that Beijing’s generous subsidies and feed-in tariffs are significant contributors to the global glut of solar power. Beijing has since scaled back both financing support mechanisms.

The Canadian clean tech industry can move beyond interpreting Chinese competition as unfair trade imbalances or policy failures. It may be more meaningful to focus on how different types of political and financing support has dramatically expanded China’s green energy portfolio, keeping in mind that some effective strategies to increase production or lower prices may not necessarily guarantee healthy markets in the long-term. Canadian companies may also find market opportunities in partnering with first stream Chinese manufacturers to scale up mid-stream green energy installations and end-stream consumption in Asia, particularly in higher-end design and service sectors that are very much in need in transitioning economies. By paying attention to these factors, Canada can better sustain and promote its renewable sectors both at home and abroad.

Finally, with Asian countries stepping up cooperative engagements in emissions reductions and green energy developments, more attention will turn to developed countries, like Canada, to lead by example. That means demonstrating commitment and innovations to addressing global climate change. It will be important that Canada continues to advance its present engagements in several collaborative initiatives to improve air pollution monitoring and emissions trading at the local, regional and international levels.