Building Familiarity with Federal Foresight Approaches and Tools in the Yukon 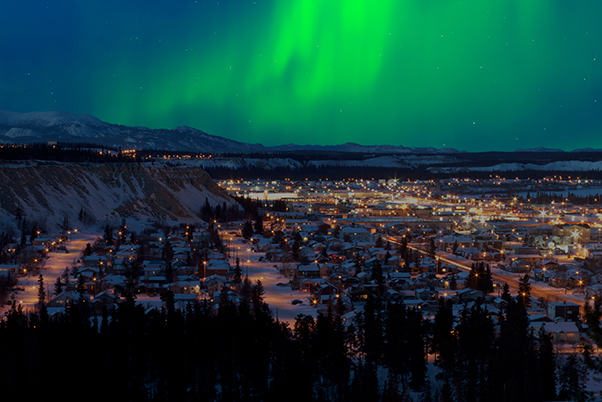 PDF: Building Familiarity with Federal Foresight Approaches and Tools in the Yukon

On June 12, 2013, Policy Horizons Canada, at the invitation of the Yukon territorial government, designed and facilitated a workshop with almost 60 policy practitioners on foresight analysis. The workshop was part of the annual conference hosted by the Government of Yukon Policy Community of Practice. The conference theme this year was Creativity and Public Policy: Emerging Trends and Tools.

Conference participants, through the use of a number of facilitated techniques, received an introduction to foresight. The day began with a 3-horizons exercise (see textbox) that examined significant change that had already affected the territory and its government, as well as those factors emerging that might lead to further change over time. The exercise highlighted that as a consequence of changing relations with aboriginal groups, the boom-bust cycle, devolution, among others, that the last 40 years have been characterized by considerable change.

Three Horizons is a facilitation technique that supports examination of change over time in a given system. It allows participants to explore the current state (Horizon 1), the desired future state (Horizon 3), and the tensions that may exist between vision and reality (Horizon 2). It supports conversations that recognize the need to address challenges in the first horizon, while fostering progress on innovations emerging in the third. Information on the approach is available here(link is external).

In examining the factors that are in decline and those that are emerging, a number of key assumptions were unearthed and some key drivers of change came to light. For example, the issue of availability and distribution of energy, including alternative energy, are key considerations for territorial policy analysts. Similarly, the issue of territorial autonomy, including food security, transfer payments and economic independence, also came to light. Societal and governance issues, including demography and relations with aboriginal peoples in light of self-government, are top of mind. Finally, there is no doubt, given expressions of concern about infrastructure and climate change that the state of the environment is likely to lead to significant challenges over time.

Following a brief explanation of Policy Horizons role and function within the federal public service, the group was introduced to ‘systems mapping’. This is a visual approach used in foresight to help understand the different components of a system and the relationships between them. With these system maps, analysts began to explore the potential impacts of change drivers over time, how relationships among actors in the Yukon might shift and change, creating new policy challenges and opportunities. 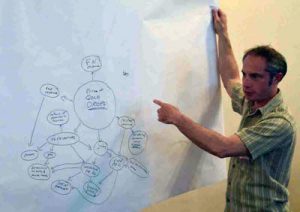 Finally, the facilitators walked participants through a ‘futures wheel’ exercise that allowed them to examine in a systematic and structured way the first, second and third order consequences of a particular change driver over time. Analysts examined everything from self-government to commodity prices and were sometimes surprised at the longer term consequences they identified.

Although the tools presented were linked specifically to helping analysts understand the value of foresight in policy development, the the potential contribution of these tools in other aspects of their work was also apparent. System maps can be useful not only to understand how systems may change over time, but can also help to better understand complexity at a given point in time. Similarly, future wheels, although generally used in foresight to understand how change may occur over time, are also useful for understanding the implications of policy approaches in the short to medium term.

Participant feedback was overwhelmingly positive, with the majority indicating that they see a role for these tools, and for foresight, in their policy work. For additional information on Policy Horizons Canada and its research methodology, contact: questions@horizons.gc.ca.

The Future of Learning and Training: Environmental Scan